What did your kid learn today?

Take a look at what teachers are teaching your kids now. America we may have to resort to home schooling to keep our kids safe. An extra-credit assignment has left one North Carolina teacher without a job.
Khalid Chahhou resigned from a high school near Raleigh last week after students reported that there were some chilling words in a word-search puzzle that Chahhou assigned.
The extra-credit puzzle included phrases like "terrorist" and "destroy America."
An acquaintance of Chahhou said the high school Spanish teacher made the puzzle after watching news coverage of Israeli troops killing Palestinians. He said Chahhou must have had "an outburst of emotions."
Chahhou won't say any more about the puzzle other than acknowledging that he indeed made it. He told a Raleigh newspaper that he doesn't want to discuss this "dark page" of his life anymore.
Posted by bartendermo at 8:13 PM No comments: Links to this post

Go to this link to sign petition against O.J.'s book. www.dontpayoj.com
Posted by bartendermo at 2:56 AM No comments: Links to this post

Time to celebrate people I got my first check for my first video commercial. I had a friend give me a bottle of his homemade wine. His wine is awesome. I only hope once I start trying to make my own that it tastes just as good as his. I wonder if he is willing to part with his recipe so I don't have to keep taking his stock. Right now the bottle is chilling and I will be pulling the cork in about another hour. If anyone wants to share any homemade wine recipes please feel free to leave in comments.
Posted by bartendermo at 10:32 PM No comments: Links to this post

Can you drink this much wine? 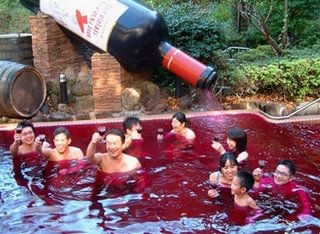 Bathers toss a glass of wine as they dip in wine-poured hot spring at an open-air spa in Hakone, west of Tokyo Thursday, Nov. 16, 2006 to mark the release of Beaujolais Nouveau. How's this for a wet bar people. This is one pool party I would like to be at. Just remember please don't pee in this pool. Even if you can't have a pool party like this enjoy your weekend anyway. Bye all for now.
Posted by bartendermo at 1:16 PM No comments: Links to this post

Alright people here's the full version of the mystery. Back in the spring of this year some mushroom hunters discovered a body in a barrel at a lake that about ten blocks from my house. Which is also a place where me and my kids go often for all kinds of different reasons. Any way they finally identified the body as a divorced single mother who was reported missing twenty-three years ago. Right off the bat my prediction was the ex-husband did it to get his daughter I'm guessing. Well right after they identified her they went to question the ex-husband. While being questioned police noticed that he acted very nervous. The next day they were headed back with a search warrant with intent to arrest. When police arrived at the apartment complex where the ex-husband lived they discovered another dead body in the parking lot. It turned out this was the ex-husband he had jumped and committed suicide before police could arrest him. Now there's more, turns out another woman that had lived with him at some time had been reported missing in July I believe. Well police discovered her body too they found hers in another town. I am so glad that this piece of trash is no longer on the streets. If you have to kill someone because they left you then don't fucking date anyone and if you have to date a child molester and take them out of commission please. Hope you enjoyed this short mystery bye.
Posted by bartendermo at 12:39 AM No comments: Links to this post

Here's a short version of it because I have to get to bed. In the spring a dead body was found stuffed in a barrel at local lake. They recently identified the body. Reported missing twenty-three years ago. I made my prediction of who it was and I was right. But there is another mystery that comes from this one solved. I will give you all the details tomorrow.
Posted by bartendermo at 4:29 AM No comments: Links to this post

Don't call daddy to save you

The weekend is sneaking up fast everyone so get your party gear out and have some fun. Just remember when you screw up bad don't call daddy to come rescue you. Have any of you ever had your parents tell you if you end up in jail don't waste your phone call calling home. Well apparently Bush's daddy forgot to tell him when you become president don't call me to fix your fuck ups. I wish I could screw over the whole United States and a few small countries and get away with it. I want to be president so I can get even with everyone who screwed with my family and be able to get away with it. So lets see all I need is my daddy to become a big oil man then president. Then I can run for president and see how much money I can make for all the oil tycoons while I screw the American people that I'm supposed to represent. Maybe I can get mother nature to throw out some vicious natural disasters while I'm enjoying a nice vacation. That way I can play dumb and say I had no idea. After all it was only poor people what importance are they to someone as rich as Bush. Now when mother nature turned her wrath on oil tycoons Bush was right on top of that. Them oil people made more then enough profit to be able to rebuild without having to jack up gas prices any more.
Posted by bartendermo at 9:43 PM No comments: Links to this post

There's a drunken elk terrorizing children in Sweden. Apparently an elk has been eating fermented apples from the garden and getting drunk off them. Elk's can weigh over a thousand pounds, this could be a problem. The easy solution I think would be go out and pick up all the fallen apples so he can't eat them. So remember if any of you have apple trees around watch out for strange behaving animals. So you can either clean up your apples or grab a bottle and join them. Later all
Posted by bartendermo at 3:12 PM No comments: Links to this post

Happy Birthday to all our Marines, Jarheads, Leathernecks, and Dogfaces. Hope you all had fun tonight to celebrate. We all did down at the VFW that's for sure. Friday night dinners plus a bunch of Marines getting drunk. What more could a bartender ask for, for excitement. It's always neat to see young and old alike get along like they've been friends for years even complete strangers. It's stuff like that you love to see in America. Ok I have to go catch up on other stuff later all.
Posted by bartendermo at 11:40 PM No comments: Links to this post 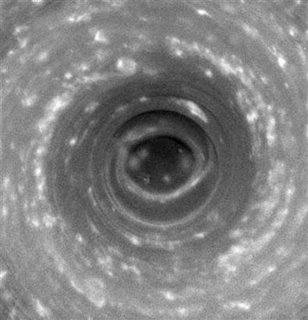 Hey everyone looks like it's hurricane season on Saturn. There's a good reason to go out an order up some hurricanes to drink. A nice rum drink on a cool night this winter.
Posted by bartendermo at 3:05 AM No comments: Links to this post

Well Election day is over I wonder what kind of fowl Vice President Cheney shot. I don't think he got them all. I also heard that there were people who actually voted for someone who makes explicit remarks to kids on the internet.
Posted by bartendermo at 11:45 PM No comments: Links to this post

I just had to put this on here because this is just wrong there are some sick people out there.
A man was arrested on suspicion of carrying a concealed weapon after police found him outdoors — naked — and he told them he had a tool in his rectum, authorities said.
The man was lying on a tree stump, masturbating beside a nature path, near a Bay Area Rapid Transit station Thursday, police said.
John Sheehan, 33, of Pittsburg, was initially arrested on suspicion of indecent exposure. But when asked whether he was carrying anything police should know about, Sheehan mentioned the tool, said El Cerrito Detective Cpl. Don Horgan.
"You can't get much more concealed than that," Horgan said.
Officers drew their weapons and firefighters were called to the scene. Sheehan removed a 6-inch metal awl wrapped in black electrical tape without incident.
Sheehan, who was paroled from state prison last week, was then booked into jail on suspicion of parole violations, indecent exposure and one felony count of possessing a concealed weapon.
"When you're talking about an awl or an ice pick and you're dealing with somebody who's fresh out of prison, it's a weapon. That's a stabbing instrument," Horgan said.
It was not immediately clear what Sheehan was on parole for. A person answering the phone at the jail Friday night did not know whether Sheehan had a lawyer.
Posted by bartendermo at 9:29 PM No comments: Links to this post

Saddam Hussein is to be hung within thirty days. Saddam was sentenced to death by hanging and the execution is to be carried out within thirty days. So President Bush you think maybe when they hang him our country can then go get the man we all really want to see hang the most Bin Laden? You will now have revenge for your daddy now how about revenge for your country your supposed to be the leader of. You know President Bush if you caught Bin Laden before you get out of office someone might actually think you were a good President. Not me but someone might. Later all.
Posted by bartendermo at 12:28 AM No comments: Links to this post

Try this on a cold nite 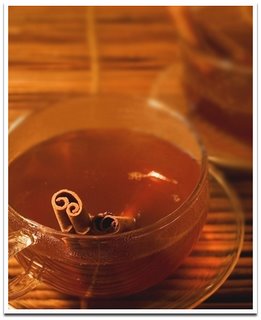 Here's a question when is it ok for an adult to say explicit things to teenagers online? Answer when you are a politician in Washington D.C. Don't worry about no jail time or anything just have to go through three months of deprogramming. Then when your done with that you will be ok. WRONG if that was the case we would not have to worry about oh what do they call them oh yeah REPEAT OFFENDERS. Wake up America look at our kings in D.C. I'm willing to bet our next president will be who ever the top king wants as president. Just remember we are free as long as we agree to whatever they say. Which means I lost my freedom because I believe in God. I have no problem seeing the Ten Commandments in a courtroom. If I'm ever in court I will swear to God to tell the truth. This is my opinion you can make your own.
Posted by bartendermo at 8:31 PM No comments: Links to this post

bartendermo
Welcome to my world of making free money.